Vol 2:1 of Approaching Religion consists of papers and reflections originating from a roundtable seminar held at the Donner Institute in January 2012. Under the topic ‘The New Visibility of Atheism in Europe’, scholars engaged in research on contemporary religiosity and atheism gathered for debating topical questions and themes related to the study of atheism within several fields of research.

The article of the day, selected by librarian Joakim Alander, is:

The relatively low popularity of atheism is partly explained by the connection between Lutheranism and Finnishness. In public discourse, atheism has been historically connected to communism and the Soviet Union (and, therefore, anti-Finnishness). However, atheism has slowly changed from being the other of Finnishness to one alternative identity among many, although it has not become extremely popular. Recently, with the rise of the so-called ‘New Atheism’, atheism has become more visible in Finnish society and this development has led to a polarised debate between defenders and critics of religion. 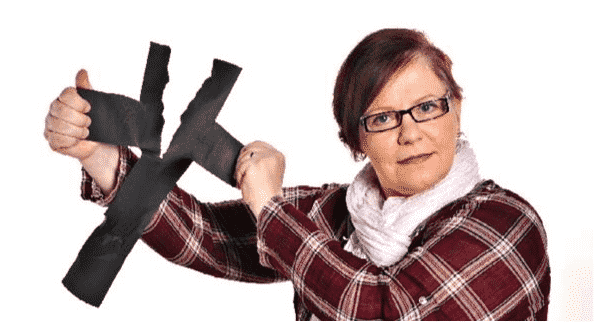 Logo of the YLE radio show God Does Not Exist!, hosted by Tarja Koivumäki.